Data sharding is an effective solution to deal with massive data storage and computation. Pisanix now provides data sharding governance capability based on the underlying database, allowing users to scale out computing and storage.
2022/09/29by SphereEx

Data sharding is an effective solution to deal with massive data storage and computation.

SQL rewriting is a critical module in data sharding. Pisa-Proxy needs to rewrite the current SQL statement according to the sharding rules to generate the real SQL statement to be executed. SQL rewriting can be of the following types:

Identifiers to be rewritten include table names, index names, and schema names.

Suppose that the shard key of this table is order_id and order_id=1, and the number of sharding is specified as two, then the SQL statement would be as follows:

Taking data writing as an example, the data insertion process is as follows: 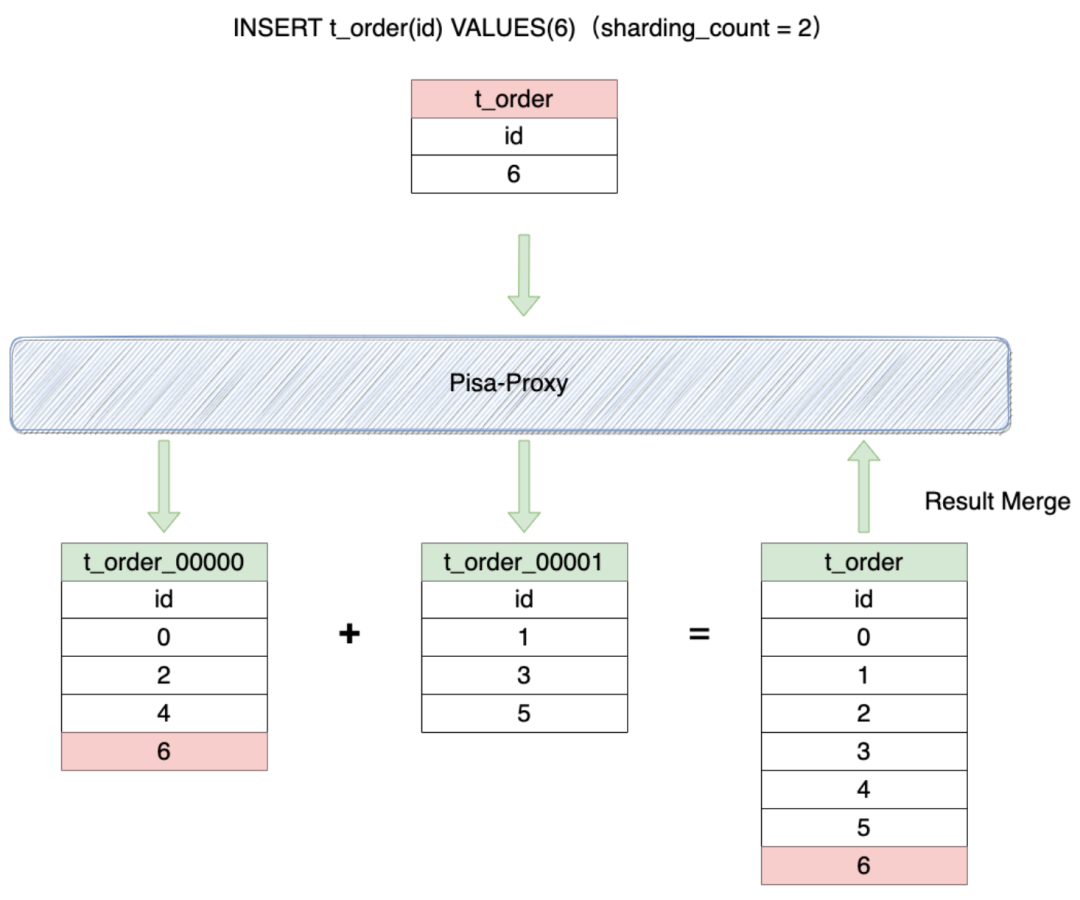 Note: When the SQL rewriting process modifies the identifier to calculate the real table name, it will automatically add the table index according to the sharding rule. The index rule is table name_index, and the index bit is five. For example, the t_order table is overwritten to t_order_00000. Therefore, you need to create the corresponding table name based on the actual business scenario.

There are two cases that need supplement columns in a query statement. In the first case, Pisa-Proxy needs to get the data during the result merge, but the data is not returned by the queried SQL.

For instance, with an instance with the following SQL statement:

This SQL depends on the user_id for sorting. Therefore, the column must be supplemented. The rewritten SQL is as follows:

The second case of column supplement is the use of AVG aggregate functions.

In this case, rewriting the SQL containing AVG to SUM and COUNT is required, and recalculating the average when the results are merged. For example:

The rewritten SQL is as follows:

This release supports query, update, deletion, and modification of the single database sharding based on a single shard key. The configuration items are as follows:

Taking the scenario in Figure 2 and Figure 3 as an example, its corresponding CRD configuration is as follows:

This release has been made possible thanks to 102 merged PRs by the following contributors:

The community is currently collecting more user scenarios and applications. If you've started or are planning to test Pisanix, please record it in the issue below.

The community will prioritize the development and optimization of features related to real scenarios.

The Pisanix community organizes an online meeting every two weeks. Here are the details to join:

You're welcome to join us!